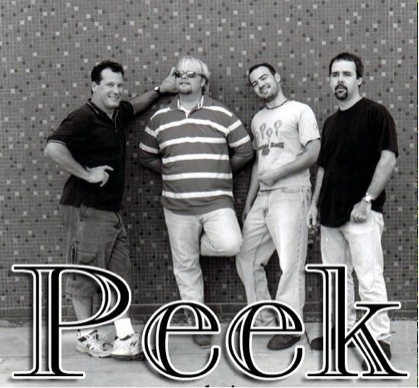 Formed in 2002, Peek has been a staple in the Mobile music scene for over a decade. This rock band has had the pleasure of sharing the stage with artists such as Sister Hazel, Colbie Callait, Los Lonely Boys, Kansas, Wet Willie, Delbert McClinton and many more. Not only have they gotten to play with these great acts, but they also have received critical success from several organizations around the Mobile area. In 2004, they won WPMI's Shooting Star contest for alternative music and in 2005 they were declared the best band in Mobile by the readers of Mobile Bay Monthly magazine. They were also for four years in a row (2004-2008) voted the Best local band by the readers of Lagniappe magazine. In 2004 the band released their debut album “Safe Harbor” and in 2009 released their follow up project “Neighbors, Lovers & Others”.


While successful as an original band, Peek also performs private events throughout the year for many different functions, from fundraisers for the American Cancer Society, to weddings and birthdays and Mardi Gras association balls. They also play at several clubs around the area performing their variety of originals and covers.
Back to Artists
Powered by